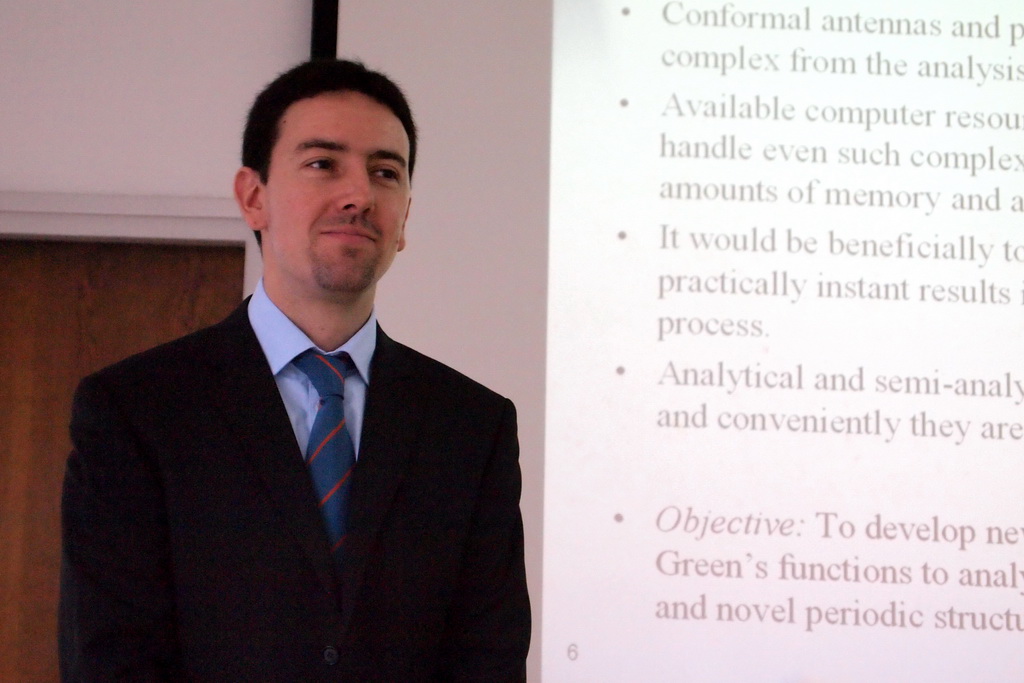 Marko Bosiljevac was born in Zagreb in 1980., where he received his Dipl. Ing. diploma in 2005. from the Faculty of Electrical Engineering and Computing of the University of Zagreb.

From 2006. to 2012 he works as reasearch assistant at the Department of Wireless Communications, Faculty of Electrical Engineering and Computing where he is involved in domestic and international research projects involving analytical and numerical modelling of various electromagnetic and optical problems. During this period he participated in several specialized PhD courses within the project "European School of Antennas - ESoA", and also worked in the organization of one of them. Also he spent more than 8 months at the University of Siena where he collaborated on a research project dealing with lenses based on variable periodic surfaces. In 2012 he received his Ph.D. from University of Zagreb under the supervision of prof. Zvonimir Šipuš with the topic "Efficient analysis of curved and periodic electromagnetic structures using asymptotic forms of Greeen's functions" (dissertation can be downloaded from the Repository). In the same year for this dissertation and scientific work he was awarded the "Silver medal Josip Lončar" by the Faculty of Electrical Engineering and Computing in Zagreb.

Since 2012 he is employed as senior assistant at the Faculty of Electrical Engineering and Computing in Zagreb where he is actively involved in several research and industrial projects. Also, as assistant he is responsible for organization of excersises and laboratories for students in Optical Communication courses.